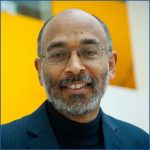 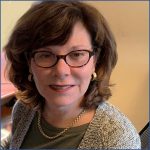 JoAnn Buchanan is currently a Senior Research Associate at the Allen Institute and a member of the Neural Coding-EM Connectomics team and the IARPA MICrONS project. Since becoming engaged in EM Connectomics, her focus has been on sample prep and designing protocols for heavy metal en bloc staining. She has performed electron microscopy on a variety of organisms including Drosophila, mosquito, firefly, leech, squid,  Aplysia, mouse, rat and human. JoAnn received her M.S. from Northeastern University where she is currently a Ph.D. candidate and her work is focused on glia in the mouse visual cortex. 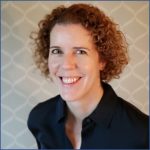 Beth Buffalo is Professor and Chair of Physiology and Biophysics at the University of Washington. She also serves as the Interim Associate Director for Research of the Washington National Primate Research Center. She received a B.A. in Philosophy from Wellesley College, and an M.A. (Philosophy) and Ph.D. (Neuroscience) from the University of California, San Diego. The mission of her lab is to advance our understanding of the neural mechanisms that support learning and memory. Her lab uses large-scale neurophysiological recordings in behaving nonhuman primates to examine the role of neural circuits and dynamics in memory and cognition. 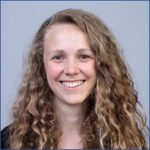 Julia Buhmann is currently a PostDoc at the Institute of Neuroinformatics in Zurich. She did her PhD both in the Lab of Jan Funke at the Howard Hughes Medical Institute (HHMI) Janelia Research Campus and in the lab of Matthew Cook (ETH Zurich). During her PhD, she developed AI-based algorithms for the detection of microtubules and synapses in Electron Microscopy Datasets of brain tissue. Together with the Funke Lab, she successfully overcame the challenges of processing a 100 TB image dataset resulting in synaptic partner predictions for the first whole-brain EM dataset of the fruit fly (FAFB). 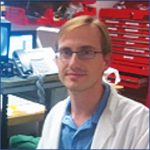 Dr. Eric Bushong is Director of Specimen Development. In this role, he is responsible for the development of new specimen preparative methods to propel resource capabilities for correlated multi scale, multimodal imaging.

He is a talented and very accomplished microscopist and neuroscientist, whose early contributions were instrumental in redefining our understanding of astrocyte morphology and their role in the nervous system. As an active senior scientist at NCMIR, he oversees a portfolio of technically challenging DBP’s involving the application of correlated light, x-ray and electron microscopic techniques.

Dr. Bushong is also responsible for managing NCMIR’s portfolio of DBP and Collaborative and Service projects, serving as a point of contact to project PIs and providing unique specimen development and animal handling expertise – helping external investigators to develop protocols and apply NCMIR multi-scale imaging technologies and expertise to each project. 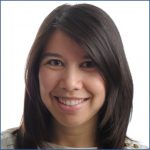 Gwyneth received her B.S. in Organismic and Evolutionary Biology from Harvard and her PhD. in Bioengineering from Caltech.  She has been a Group Leader at Janelia since 2010.  Her lab is interested in simple perceptual decision-making and uses the Drosophila escape response as a model system.  Her lab combines high-throughput, high-resolution behavioral quantification with genetic, electrophysiological, and functional imaging techniques to assess the neural underpinnings of behavior in ecologically relevant situations. 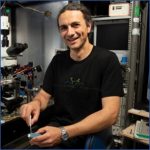 Albert Cardona studied Biology at the University of Barcelona (1996-2000), where he also completed a PhD in Developmental Biology (2000-2005). After a short stint as a software engineer at the Institute of Neuroinformatics in Zurich (2005) and a postdoc in neurobiology of Drosophila at UCLA (2005-2008), which led to the founding of the Fiji image processing software, Albert was awarded a junior group leader position at the Institute of Neuroinformatics in Zurich (2008-2011) where he developed software (TrakEM2; CATMAID) for serial section electron microscopy registration and analysis of neural circuits, to enable and support his research on Drosophila connectomics. He then was awarded a group leader position at the Howard Hughes Medical Institute at Janelia Research Campus (HHMI; 2012-2019) where he organized dozens of laboratories world wide to jointly map the synaptic wiring diagram of the larval Drosophila nervous system. In 2015, Albert was awarded a lectureship (2015-2016) and then was promoted to reader on connectomics (2017-to-date) at the Department of Physiology, Development and Neuroscience (PDN) at the Unversity of Cambridge. In 2019, Albert moved to Cambridge, was awarded fellowship at Pembroke college, and was awarded a programme leader position at the Medical Research Council Laboratory of Molecular Biology (MRC LMB) to conduct research on the structure-function relationship of neural circuits within the newly formed Molecular Connectomics Inititative at the MRC LMB. 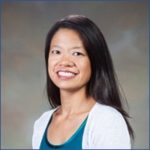 Frances Chance is a Principal Member of the Technical Staff in the Data-Driven and Neural Computing department at Sandia National Laboratories. Her primary research interests lie in understanding how biological neural networks represent, transform, and transmit information in the brain. Her current projects utilize computational modeling and mathematical analysis of neurons and neural networks to understand the basic computations that underlie cognition, and to explore the potential benefits of implementing these neural computations in man-made systems. 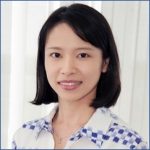 Si is a beamline scientist at the Advanced Photon Source. During her career at Argonne, Si has made a notable impact to the nano-imaging and microscopy. She has lead several strategic efforts including the development of the Bionanoprobe, which is a hard X-ray scanning nanoprobe with cryogenic capabilities and the first instrument of its kind in the world.

Si’s primary research interests and expertise lie in the areas of X-ray microscopy, cryogenic methods, instrumentation and X-ray fluorescence data analysis. With colleagues at Argonne and collaborators from other institutions, Si has been successfully applied the advanced technologies to solve problems in a broad range of studies in the areas of  biological, biomedical, environmental and materials science. 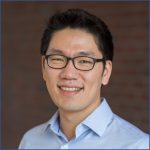 Kwanghun Chung is currently an Associate Professor of Chemical Engineering at MIT, as well as a Core Member of the Institute for Medical Engineering and Science (IMES). He is also a Core Member of the Picower Institute for Learning and Memory, and an Associate Member of the Broad Institute. He received his B.S. in Chemical Engineering from Seoul National University in 2005, and then moved to Georgia Institute of Technology for his Ph.D. training under the mentorship of Dr. Hang Lu, where he developed automated and integrated microsystems for high-throughput imaging, molecular/behavioral phenotyping, and cell microsurgery of a broad range of living systems. Following his graduation in 2009, Dr. Chung joined the Karl Deisseroth Lab at Stanford University for post-doctoral training in 2010, where he invented a novel technology termed CLARITY (Chung, Nature, 2013), which enables system-wide structural and molecular analysis of large-scale intact biological samples. In 2013, Dr. Chung established his independent group at MIT and has been leading an interdisciplinary team to develop and apply novel methods for holistic understanding of large-scale complex biological systems. His group has developed a host of technologies (SWITCH [Cell, 2015], Stochastic Electrotransport [PNAS, 2015], MAP [Nature Biotechnology, 2016], SHIELD [Nature Biotechnology, 2019], ELAST [Nature Methods, 2020]) that enable rapid and scalable 3D imaging and phenotyping of both animal models and human clinical samples. Chung was the recipient of the Presidential Early Career Award for Scientists and Engineers (PECASE) 2019, the NIH New Innovator Award 2016, the Mcknight Technological Innovations in Neuroscience Award 2016, the Packard Fellowships for Science and Engineering Award 2015, the NARSAD Young Investigator Award 2015, the Yumin Awards for Creativity 2014, the Searle Scholars Award 2014, and the BWF Career Award at the Scientific Interface 2012.