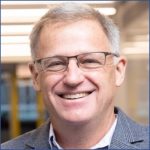 Dr. Foster is Senior Scientist and Distinguished Fellow, and also director of the Data Science and Learning Division, at Argonne National Laboratory, and the Arthur Holly Compton Distinguished Service Professor of Computer Science at the University of Chicago. Ian received a BSc (Hons I) degree from the University of Canterbury, New Zealand, and a PhD from Imperial College, United Kingdom, both in computer science. His research deals with distributed, parallel, and data-intensive computing technologies, and innovative applications of those technologies to scientific problems in such domains as materials science, climate change, and biomedicine. The Globus software that he co-invented with Carl Kesselman and Steve Tuecke is widely used in national and international cyberinfrastructures and science projects. Foster is a fellow of the AAAS, ACM, BCS, and IEEE, and an Office of Science Distinguished Scientists Fellow. He has received the BCS Lovelace Medal and the IEEE Babbage, Goode, and Kanai awards. 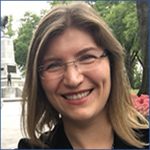 Dr. Viviana Gradinaru completed her B.S. at Caltech and her Ph.D. research at Stanford University and is now a Professor of Neuroscience and Biological Engineering at Caltech. Prof. Gradinaru has more than 60 publications in top peer-reviewed journals and 10 granted patents, additional pending, in areas of optogenetics, viral vectors, and tissue clearing and imaging. Prof. Gradinaru has received the NIH Director’s New Innovator and Pioneer Awards and a Presidential Early Career Award for Scientists and Engineers, and has been honored as a World Economic Forum Young Scientist and as one of Cell’s 40 under 40. Gradinaru is also a Sloan Fellow, Pew Scholar, Moore Inventor, Vallee Scholar, and Allen Brain Institute Council Member, and received the inaugural Peter Gruss Young Investigator Award by the Max Planck Florida Institute for Neuroscience. In 2017 she was the Early-Career Scientist Winner in the Innovators in Science Award in Neuroscience (Takeda and the New York Academy of Sciences); in 2018 she received a Gill Transformative award; in 2019 Gradinaru was a Life Sciences Finalist for the Blavatnik National Awards for Young Scientists; and in 2020 she was awarded the Vilcek Prize for Creative Promise in Biomedical Science and the Outstanding New Investigator Award by the American Society of Gene and Cell Therapy.

Professor Gradinaru teaches undergraduate and graduate level classes on viral biology and optogenetics techniques in neuroscience. Viviana Gradinaru has also been very active in technology dissemination, participating with lab members in regular technology training workshops at Caltech and for summer courses at Cold Spring Harbor Laboratory as well as running the CLOVER Center (Beckman Institute for CLARITY, Optogenetics and Vector Engineering), which provides training and access to the group’s reagents and methods for the broader research community (awarded Addgene Blue Flame for reagent dissemination). Hannah Haberkern is a neuroscientist interested in understanding how animals orient and navigate in complex naturalistic environments. Currently, as a postdoc in the Jayaraman lab at HHMI Janelia, she investigates how environmental context and past experiences shape navigation in walking fruit flies. To do this, she combines virtual reality techniques and two-photon calcium imaging with connectomic analysis as well as behavioral studies and modeling. Previous projects focused on different aspects of navigation in adult and larval fruit flies as well as crickets.
Originally from Germany, Hannah first studied biomedicine at the University of Würzburg, before transitioning to a masters in Computational Biology and Bioinformatics at the ETH/University Zurich. For her PhD she worked with Berthold Hedwig at the University of Cambridge and Vivek Jayaraman at HHMI Janelia as part of a joint graduate program. 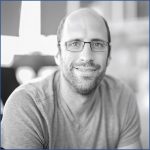 Adam Hantman is currently a Group Leader at the Janelia Research Campus of the Howard Hughes Medical Institute. In the fall, the Hantman laboratory will be moving to the University of North Carolina at Chapel Hill. The Hantman lab focuses on the neural dynamics that underlie control of skilled actions. The lab combines genetics, anatomy, physiology, and behavior in order to understand how precise and accurate motor actions are learned and executed. Efforts thus far have focused on circuits and dynamics in the brain. However, full understanding will require following the fate of descending information into the spinal cord. We believe that a spinal cord connectome would provide deep insight into this question. as well as many other matters of sensory processing, sensorimotor transformations, and motor output. 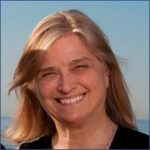 Kristen Harris is Professor of Neuroscience and Fellow in the Center for Learning and Memory at the University of Texas at Austin. For more than two decades, her laboratory has pursued understanding of structural synaptic plasticity in the developing and mature nervous system. They have been among the first to develop computer-assisted approaches to analyze synapses in three dimensions through serial section electron microscopy (3DEM) under a variety of experimental and natural conditions. This powerful set of techniques has led to new understanding of synaptic structure under normal conditions as well as in response to experimental conditions such as long-term potentiation, a cellular mechanism of learning and memory. The body of work includes novel information about how subcellular components are redistributed specifically to those synapses that are undergoing plasticity during learning and memory, brain development, and pathological conditions including epilepsy.

Dr. Harris earned her M.S. from the University of Illinois and her Ph.D. from Northeastern Ohio University’s College of Medicine, and she did her postdoctoral training at Massachusetts General Hospital. She then served on the faculty of the Harvard Medical School, Boston University, and the Medical College of Georgia, where she was Director of the Synapses and Cognitive Neuroscience Center and a Georgia Research Alliance Eminent Scholar. She has served as Councilor for the Society for Neuroscience, several NIH study sections, and external advisory boards (Northwestern University, Max Planck Institute for Brain Research in Frankfurt, Janelia Farms). She has served on several editorial boards: Journal of Comparative Neurology, Hippocampus, Neuroinformatics, Brain Cell Biology, and Frontiers in Neuroanatomy. She has had more than 30 years of continuous NIH grant support and is a recipient of Javits Merit Award from NINDS and Scientific Innovations Award from the Brain Research Foundation. 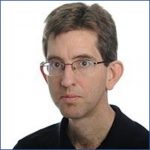 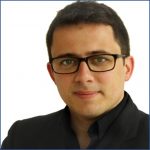 Moritz Helmstaedter is Director at the Max Planck Institute for Brain Research in Frankfurt. His work aims at pushing the frontiers of Connectomics, an emerging research field occupied with mapping neuronal networks in the brain at unprecedented scale and resolution. His interests lie in the relation between artificial and biological intelligence, and the search for connectomic phenotypes of psychiatric disorders. Before he was a group leader at the Max Planck Institute of Neurobiology in Munich (2011-2014).
Born in Berlin in 1978, Moritz studied medicine and physics in Heidelberg, where he also completed his doctoral thesis with Nobel laureate Bert Sakmann at the Max Planck Institute for Medical Research. 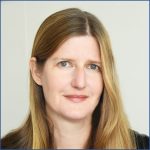 Elizabeth Hillman is a Herbert and Florence Irving Professor of Biomedical Engineering and Radiology and a member of the Zuckerman Mind Brain Behavior Institute at Columbia University. She received her undergraduate and PhD training in Physics at University College London and completed post-doctoral training at Massachusetts General Hospital, Harvard Medical School. She has developed a wide range of optical imaging, microscopy and imaging analysis approaches, notably SCAPE microscopy and wide field optical mapping. She applies these imaging tools to studies of brain function and physiology, both for dynamic in-vivo imaging of brain function and high-throughput structural imaging of intact and cleared tissues. 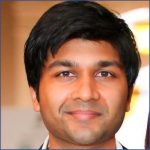 Viren Jain is a Senior Staff Research Scientist at Google in Mountain View, California, where he leads a team pursuing advances in high-throughput, synaptic-resolution brain mapping. Prior to Google, Viren was a Group Leader at the Howard Hughes Medical Institute (HHMI) Janelia Research Campus. Viren holds a PhD in Computation from MIT and undergraduate degrees in Computer Science and Cognitive Science from the University of Pennsylvania. 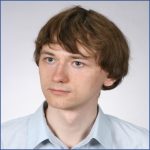 Michal Januszewski is a Staff Research Scientist at Google in Zürich, where he currently works on automated methods for brain mapping at synaptic resolution. Prior to Google, Michal did research in the field of computational fluid dynamics. He received his PhD in Physics from University of Silesia in Katowice in 2015.